My Winter of Running without a goal.

Covid has changed so much for all of us. Even in the running world where most of us have had all of our races canceled and our running groups cut down during the summer. It was really real for most of us when we heard that Boston was canceled in April. Boston has gone through a lot in its life time from the first female marathoner, the fastest times, to the bombing in 2013 that changed so much for all of us. When the conditions are bad, Boston thrives. Sometimes the course wins but not matter what…its run. People strive their entire lives for it only to find out that this year…it wasn’t going to be in our lives. It was followed quickly by the Olympics annonancment of delay with all of our normal races sprinkled in.

For me it was the Philadelphia marathon that I was trying to reconquer after an injury and before that the Broadstreet 10 miler. For man y runners, their lives and schedules revolve around these races. I take days off work for them sometimes…mostly the day after to do some recovery and lots of eating and sleeping. Saturdays are filled with long runs and for a while our friends and family are our only contact.

So when these races were canceled you can imagine the kind of ‘at a lose’ feeling so many people were experiencing. Even if people weren’t heavy marathoners there was this almost sense of “Huuh?” going on. Most of the runners I know, including myself, are very type A and having those plans disrupted or not having an official goal can actually be a bit terrifying. If not terrifying, it certainly is something that needs to be adjusted to. Of course there was the few days of disappointment but it doesn’t stop us from running in general. It just means that we need to find a different source of inspiration beside that mark on a calendar. There are just a few days of flailing.

But after the flailing there is this strange sense of calm where you find something else, a catharsis of knowing that there are options. I decided to do a timed program instead during the heat of the summer. My Mmm got a Nordic Track Treadmill in the basement and honestly it was fun being on my own and being able to jump on in between conference calls for work. When I finished that I was left with the strangest realization…I could train during cool weather! I know that sounds like something that we can do any time but most marathons do happen during the fall, which means the bulk of training is during the heat of the summer. I have never actually trained for the spring marathon so the idea of training in 50 degree weather instead of 100 sounds absolutely amazing.

It certainly is fun to know that there is no time constraint and while I still use a training plan, its not going to be for any specific race. It is forcing me to actually enjoy the run now and get to my goals because I want to and not just because I want to have that bling or say that I finished that race. The mindset is a shift for a type a persona;lity and not nearly as easy as all of the health and wellness blogs say it is. Finding inspiration is harder when their isn’t a constraint and forces you to change your mindset. Here are some of the things that I have found I love ab out running during the fall that inspire me: 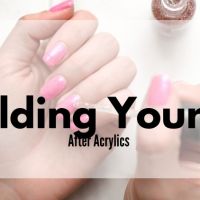