One of the hardest things about being an adult and moving back in with your parents is that they will always treat you like a child.  Because you are their child.  And while you might not be 17 anymore, typically when an adult moves back in with their parents its because their life has been set somewhat adrift.  I know that mine has.  Maybe this should have happened sooner, like right when I got out of college.  If that’s what it is for you, congratulations.  That’s probably the best time for it to happen because when that happens, yeah, you are trying to figure your shit out and you have plenty of time.

However, if you are like me, 31 and you are moving back in after you have been on your own for a while( 15 years), it can feel a bit weird to have your parents asking you questions that maybe you don’t have the courage to ask yourself right away.   Don’t get me wrong.  It’s not like my parents and I were estranged.  Actually, I talked to both my mom and m dad at least once a week, most of the time more.  But having that space in between us allowed me to cushion them from how different our lives were, even when everything was on schedule.

Well, I’ve had to say goodbye to that comfy cushion.  More than that, they are asking me questions that as parents they should be asking.  The problem is that I have no answers for them.  The question is so broad, so all-encompassing, but still so defining.

Am I going to date?  How do I want to live?  I’m going back to school right?  What about the area?  Do I want to stay here?  My job?  Is it enough to live on or am I just costing?

My parents are the hardest workers I know.  I never remember a time when my dad wasn’t head deep in work, traveling for it, taking conference calls at seven at night because of time differences.  Even though my mom was a stay at home mom when I was younger up until basically my brother was almost done with high school, I can never remember her not running around like a chicken with her head cut off, being at every school function, volunteering, leading my girl scout troop, getting involved in sports even if Jimmy and I didn’t want to play them.   There is a reason the two of them could take me in, own a five-bedroom house in one of the most expensive areas of Pennsylvania with a pool, an apartment BUILDING in the city, a 42 foot yaught that’s nicer then my apartment was AND by a townhouse closer to my dads job, sight unseen in an online auction.  Its because they worked their asses off, scrounged every penny, didn’t eat out, had almost zero hobbies.  And now?  Well now even with all of this stuff they still think they are poor.

When the question of what I want comes up, they really don’t understand my answer.  Maybe I don’t understand it.  Because I had a plan.  I wanted kids with my ex.  I wanted to have a life and a family and do Christmas and all of that sappy stuff.  And now that’s gone.  All of it.  Blown out of the water sure as a hole in that fucking boat that I remember scrapping barnacles off of because we bought it and now we had to take care of it because why the hell would we pay someone to do it?  Saving money is how we GOT the boat.

So when the question of what now comes up I am left with this weird, not knowing but still knowing the feeling.  All I know if that simple fact.  I don’t know exactly what I want.  But I know that I’m sick of trying to pull someone off the sofa to do it.  I dont want to hear the I’m too tired from my minimum wage job excuse.  I know that I’m sick of working my ass off for 3 extra dollars on a paycheck.  I know that I don’t want a boat.  All I want is to do things.  I want to go out.  I want to experience the things I love, see places, travel to races I never thought I would run.  I want to make just enough to get to a camper or pitch a tent in Big Sur.  Or Utah.  Hell even in Bethlehem PA two hour away.  New York to meet the girl I have been writing with since 2013 and bask in the dorky glow of Comicon!  Because I could not make it to retirement age.  One day I could be hit by a bus and what will they say?  She managed a coffee shop?

But it doesn’t involve the perfectly executed plan.  Because that completely fucked me.

And I refuse to believe that I’m behind. 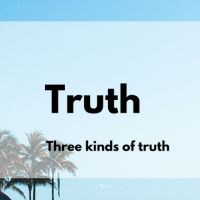 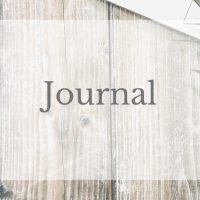